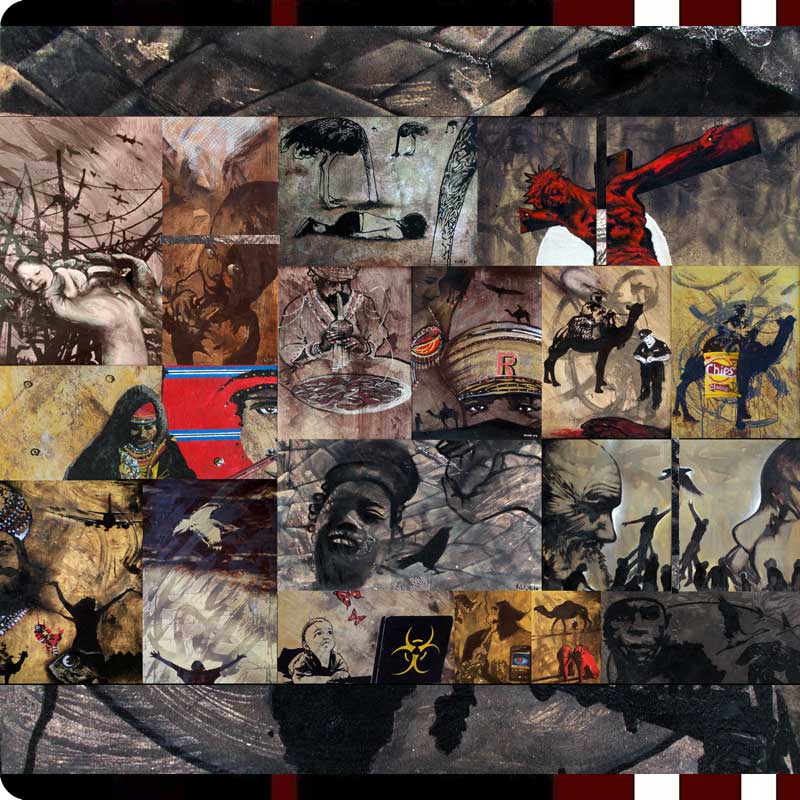 CRACKJAZZ The biographies of the great jazz musicians, those who have invented this style is not only music, the environments, the atmosphere and everything that has become myth
IL TE’ NEL DESERTO Representation of the image search: where East and West come in confidence and the two worlds agree to communicate in order to achieve the objective truth through a communion that comes from understanding and penetrate, like children, thanks to the freshness of their senses.
TUTTO IL MONDO E’ PAESE Series of works inspired by the idea of globalization which over time has changed cultural and social traditions.
MIX Works related to the research and study of social problems reinterpreted through the iconography POP
ORIGINE symbolic-figurative works made before arriving at svilluppo of current social issues pop-
SANDY NOTES Saturated atmospheres of distant lands and arid at the same time steeped in deep sand and wind that materialize in the air mirages
COMEMURO Paintings on cardboard mounted on the wall, simulations of street art, devoted to contemporary social issues
ARTE DEL BENESSERE A sensory journey with informal works in acrylic and enamel dedicated to GM5